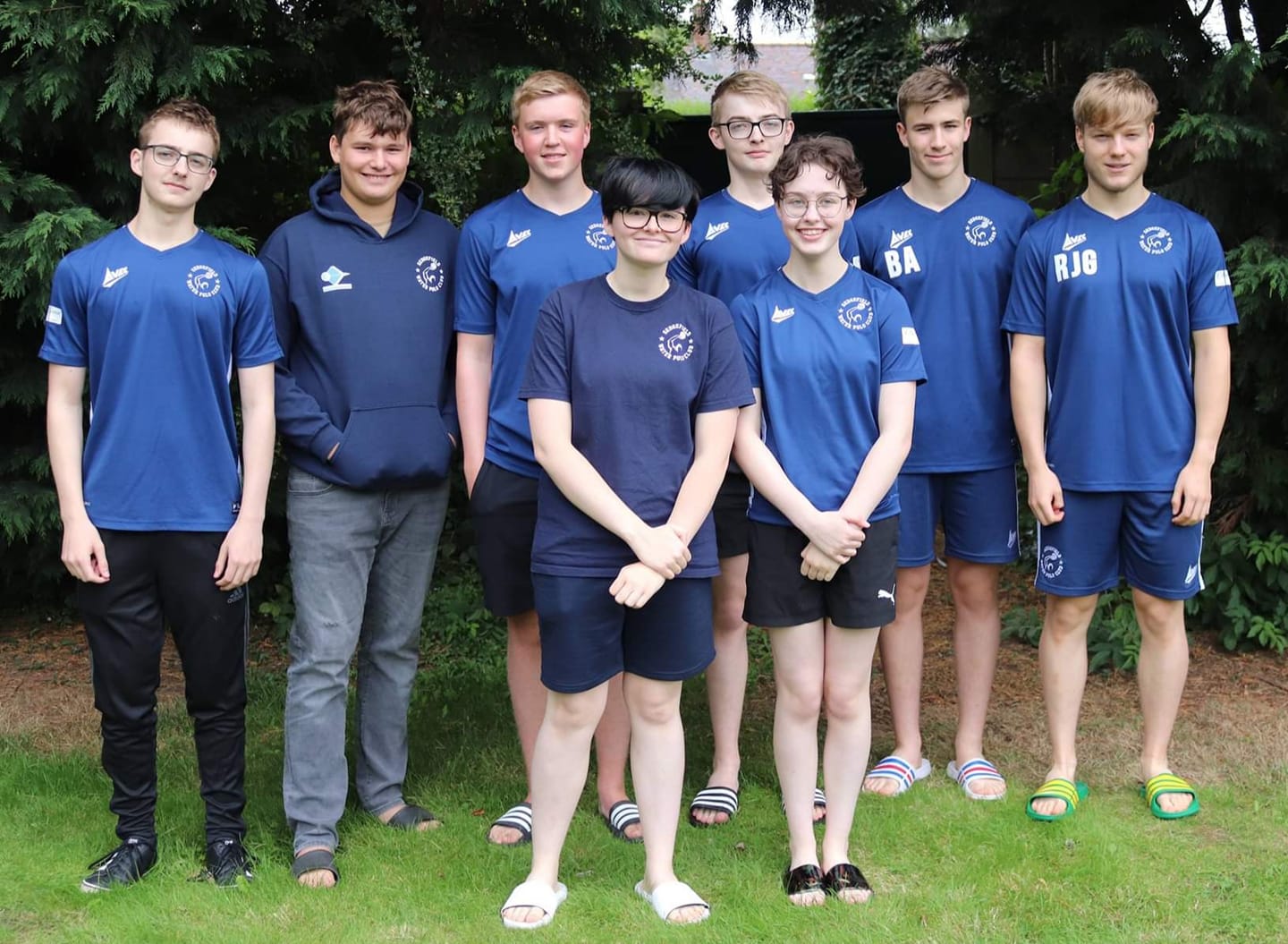 Sedgefield born 2005s mixed team travelled to Nantwich, Cheshire for their Manup tournament on 15th August 2021.  This is a beach style water polo game with 6 players on each team.

We expected this to be a hard game as they are normally very good opposition. Ben Alderson got us off to a great start scoring twice then Bolton came back to 2-1. Ben scored another two and Cameron Batty scored one before Ben scored the final goal to make the score 6-1 to Sedgefield.

Game 3- Sedgefield vs City of Birmingham.

Ryan Griffiths got us off to a nice start then Ben Alderson scored before Birmingham got back into the game with 3 quick goals to make it 3-2 to City of Birmingham. Rohan Henderson then equalised Birmingham then go ahead by 2 goals.  Ben scored two followed by Rohan scoring the 7th but we got beat 8-7 in the dying seconds.

Northampton take the lead then Rohan Henderson pulls Sedgefield level only for Northampton to go 2 clear. Ben Alderson then scores two with Northampton scoring in the dying seconds to win the game 4-3.

This game went one way then the other on the scoreboard. Charlotte scored 2 with Rohan scoring 2 and Ben Alderson scoring 2; the final score was a 6-6 draw which put us into the 5th/6th play off.

The 5th/6th play game started well and Sedgefield scored first with Ben Alderson then 1-1, before Ben scored again making it 2-1.  Chester equalised making the score 2- 2 before Rohan Henderson made the score 3-2 to Sedgefield. Chester fought back to 3-3 then Ben and Rohan scored a goal each to make 5-3, Chester then pulled one back to 5-4.  Cameron Batty scored followed by Rohan to make it 7- 4.  Chester then scored again 7-5 before Rohan scored a couple and Cameron scored one to make the final score 10-5 win to Sedgefield securing 5th place.

Well done to Jude Henderson in coaching his first tournament for the club, and thank you to the parents for making the long trip over to Nantwich.