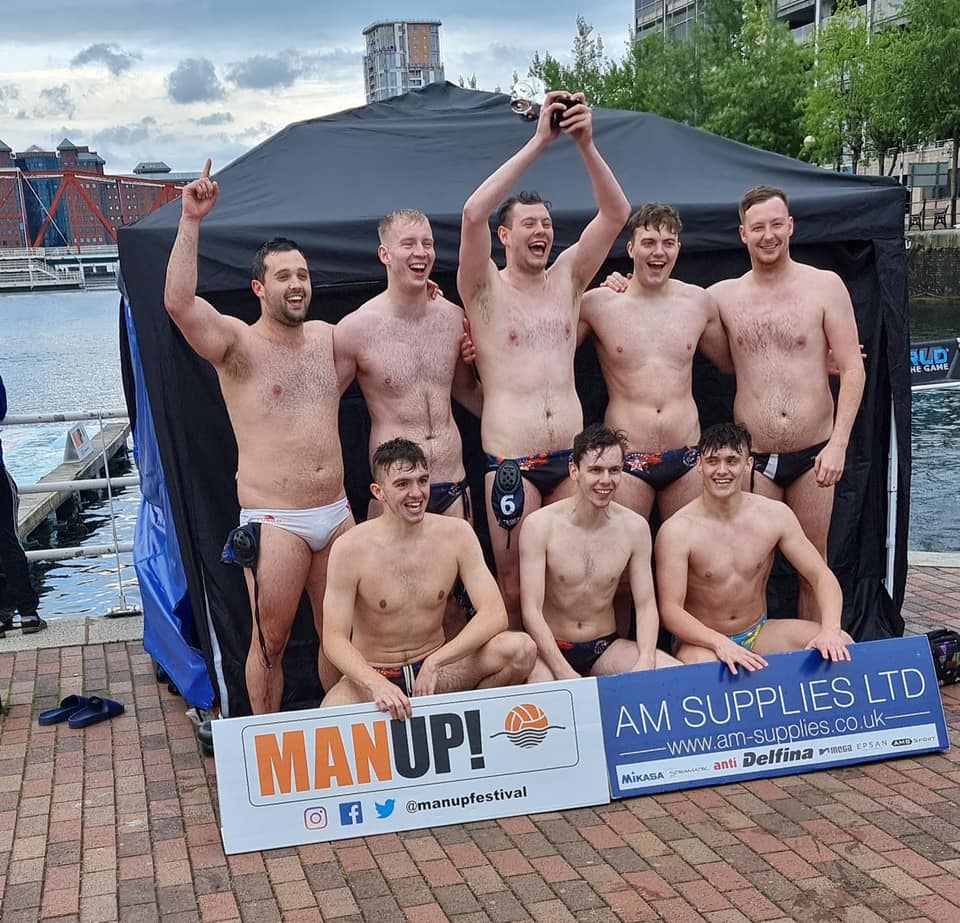 Sedgefield men travelled to Salford Quays in Manchester to play in the Manup Tournament.  This is a beach style water polo game with 6 players on each team.

The first game was against local opposition Stretford which was well supported, however Sedgefield got off to a flyer with John Pratt scoring the first three goals with the last one being a spin lob to the back post. Then Michael Cousins popped up to score; the next two with John Pratt scoring another two before Matty Calvert scored one to finish the game at 8-0.

The fourth game of the mini league was against Sheffield Halam which was a tight affair with Halam scoring the first two goals with Sedgefield just winning 4-3 with John Pratt scoring two and Connor Keeble and Matty Calvert scoring one a piece.

Sedgefield progressed to the final after finishing top of the group, meaning they played Rotherham. Sedgefield went one goal down at the start but then John Pratt scored three unanswered goals to put Sedgefield 3-1 up. Michael Cousins stepped up next scoring two in a row followed by Matty Calvert with one goal. Rotherham pulled a goal back in the dying seconds to make the final score 6-2 to Sedgefield and lift the Manup trophy.

Thank you also to the parents and supporters who did a fantastic job on a freezing cold and soaking wet August day!