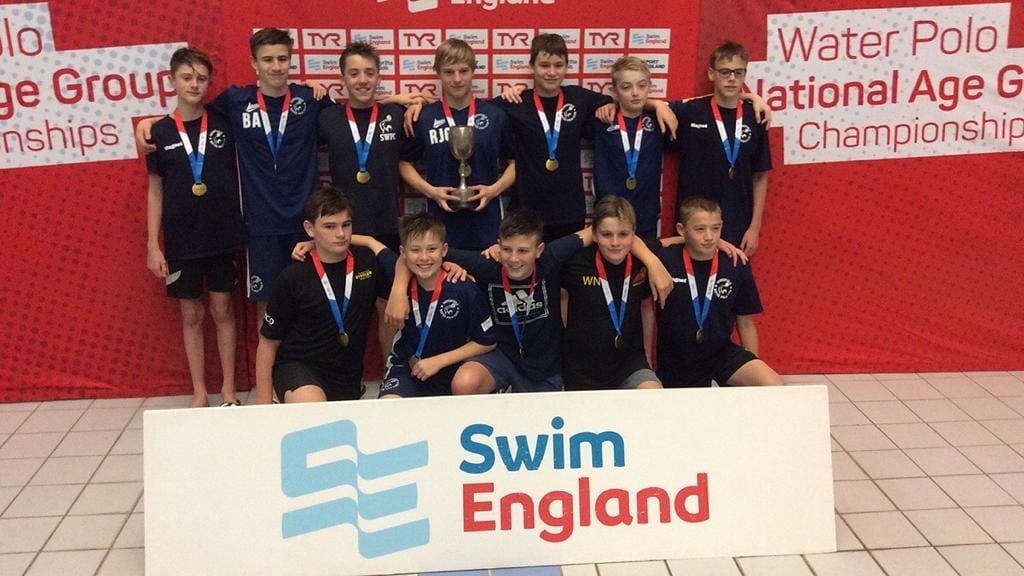 We have been crowned Swim England U15 Boys National Age Group champions after an excellent performance at Sunderland Aquatic Centre.

We won all three of our Group D matches, defeating City of Birmingham 8-4, Caledonia 13-6 and Bridgefield 12-6 to set up a semi-final clash against Cheltenham where we were convincing winners with a final score of 14-8.

In a thrilling final against Devonport, the two sides were locked at 4-4 at the interval before we edged ahead 8-7 only for Devonport to be awarded a penalty in the dying seconds of the game.

But the chance was missed and Sedgefield held on to take the gold medal after winning all five of their matches.

Sedgefield head coach Adam Woods said: “I’m so, so impressed with all of them. They played very well, both teams.

“The fact it came down to the last goal, the last penalty. It’s fantastic I couldn’t have asked any more from the lads.

“They have done so well – I’m so happy with them.”