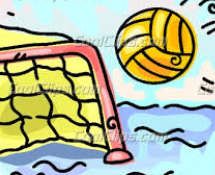 Being an ex-player of Sedgefield Waterpolo Club, I wanted to welcome the club back to training at Newton Aycliffe Leisure Centre. The Club returned back to the pool in mid-August, with members full of enthusiasm and raring to get straight back into their love of the game.

It’s no denying the club have had some initial challenges to get the Club up and running again during this unprecedented time of Country/County and Sporting restrictions to prevent the spread of Covid 19. But I had every faith that the Committee Members, Coaches and members working in partnership would succeed and they didn’t disappoint.

In a short space of time they have successfully put a action plan in place to be able to adhere to Swim England and Durham County Council Covid 19 guidance and procedures to promote and work to ensure the safety of all Club members.

For those who haven’t been aware of the Clubs existence until now, I just wanted to tell you a little about it’s background and  about the benefits of playing the sport.  Sedgefield Waterpolo Club was founded in 1997 with the support of the Swim Club and ran for nearly 20 years by former record breaker Waterpolo player George Carpenter who also was Head Coach. The club has produced more than 20 international Waterpolo players since being established and have been 8 times National age group champions.  Members have represented the North East region as well as both England and Great Britain.

George Carpenter retired and passed over the reins to current Head Coach Adam Woods in 2017.  Adam being a worthy successor, has ran the club since with his committed experienced coaches and committee members. Adam is a swimming coach who has played waterpolo for GB talent Squad, and has also previously scooped a Top National prize, being awarded Young Coach of the Year at the UK Coaching Awards in 2014.

The club has been based between Newton Aycliffe and Spennymoor Leisure Centres with members aged from 8 years to adult, consisting of both male and female players, despite many people thinking it’s a male sport. Despite this unprecedented time we are currently in,  the club is still aiming to submit a men’s team in the National League in 2021.

Waterpolo promotes team work, physical fitness and can support well-being as well as many other skills and benifits. Being an ex player myself, I know how grateful I am to the club for the skills and the opportunities I was provided with. These Included competing in games regionally, nationally and internationally. These opportunities developed me personally and in my career to date, and I have made some fantastic friends along the way.

But don’t just take my word for it, I wanted you to hear from another members too. I spoke to 17 year old Matthew Taylor who has been a member of the club for 8 years. We discussed what the main benefits are to the sport and what doors it can opens for the future. Matthew has played for Sedgefield Water Polo Club since he was 10, and trains between 4/5 times per week. He expressed that water polo has taught him how to communicate with all different types of people and provided him with goals to work towards. A regular training session for Matthew would consist of one hours worth of swimming, followed by 20 min of leg work, then 20 min of passing drills and finally 20 min of shooting drills. Waterpolo, has given Matthew the opportunity to play regionally for the North East in the national water polo league, and his ambition is to make it into the 2003 Great Britain squad.

I then asked 13yr old Amelia Henderson what she liked about waterpolo and how long she had played for the club. Amelia said she has played waterpolo for about 5 years, and trains 3 times a week. She said she enjoys  being able to play with the friends she has made there, as well as staying active at the same time. Amelia also said she likes competing in waterpolo competitions and the thrill it gives her being part of a winning team.

Finally I caught up with 10 year old Thomas Forrest. He said he started playing for the club when he was 8 years old. Thomas said he had learnt to swim but said he got bored with just swimming up and down the lanes. He said his brother who is the Head Coach of the club had said to give waterpolo a try. Thomas said “ I loved it from the start, I had my first competition in 2019 and I scored 2 goals against Sheffield. I was 9 playing in under 12 age group and I was the youngest on the team. I love playing polo and I will play it for ever”. Thomas said that he has learnt all about playing in a team and how important it is to be part of a team. He also said he has become stronger and fitter and that he looks forward to and enjoys every session he goes to, and that he has made lots of friends in the club.

The club is always on the look out to welcome any new members who are good swimmers and committed and passionate about playing in a team sport alongside some of the best players in the North East.

So if you, or your child is interested in joining the club, and improving strength and fitness, whilst learning a new sport; then please don’t hesitate to email the club at sedgefieldwp@hotmail.com .

Arrangements can then be made for you to come and have a FREE trial session to try out this compelling sport. All we ask is that you can swim at least 25 metres and are confident swimming and treading in deep water.