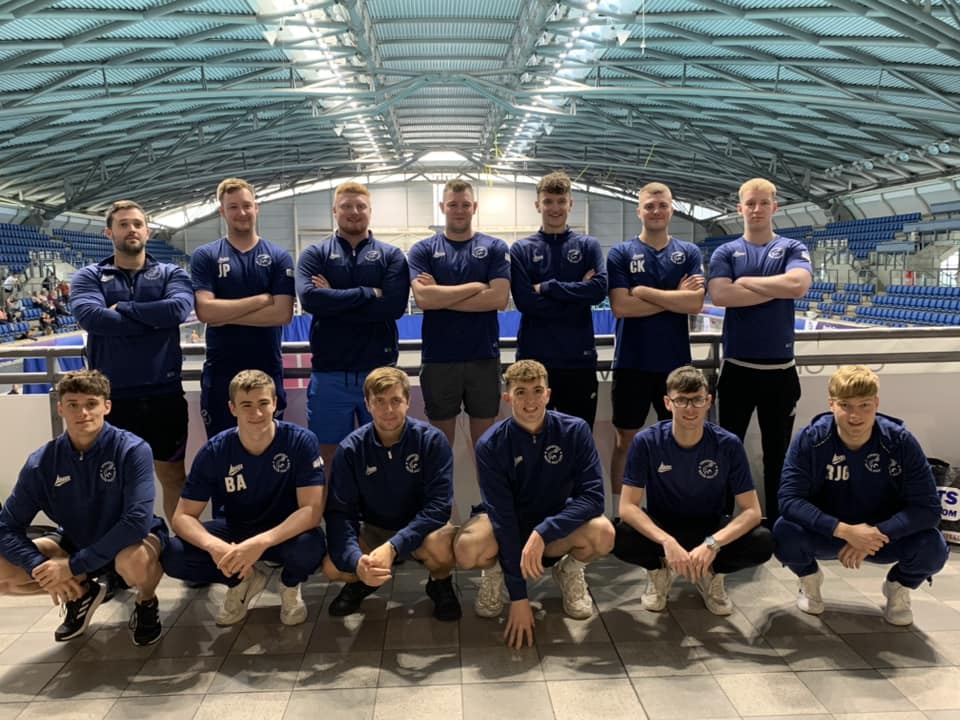 Our men's team continued their campaign in the British Water Polo League Division 4 over the weekend of 8th and 9th October at Ponds Forge, Sheffield where they took on Watford and Newport.  The team aimed to maintain their undefeated record whilst attempting to achieve a large goal difference.  Both games over the weekend were highly competitive, and a very strong Sedgefield team achieved the results they’d hoped for with two wins!. On Saturday, the team played Watford Saxons with a final score 18-5 and on the Sunday, the team took on Newport where they won by an impressive 21 goals to 8.

This gave the team maximum points and they retained their place at the top of their group;  an excellent achievement for a team with an average age of 21.  Their final weekend of the season will see the team travel to Matlock over the weekend of 5th and 6th November where they will play Coventry, Caledonia Storm and Birmingham.  Success at this weekend will result in the team qualifying for a place in the playoffs where, if successful, they will gain promotion into Division 3 next season.