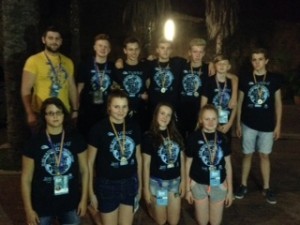 We had a number of our members competing as part of the North East Team in Lloret Spain in the BWMF III Cup tournament in September 2015.